Bottlenose dolphins inhabit warm and temperate seas worldwide, being found everywhere except for the Arctic and Antarctic Circle regions. Their name derives from the Latin tursio (dolphin) and truncatus for their characteristic truncated teeth.[4]

Numerous investigations of bottlenose dolphin intelligence have been conducted, examining mimicry, use of artificial language, object categorization, and self-recognition. They can use tools (sponging; using marine sponges to forage for food sources they normally could not access) and transmit cultural knowledge from generation to generation, and their considerable intelligence has driven interaction with humans.

Bottlenose dolphins gained popularity from aquarium shows and television programs such as Flipper. They have also been trained by militaries to locate sea mines or detect and mark enemy divers. In some areas, they cooperate with local fishermen by driving fish into their nets and eating the fish that escape. 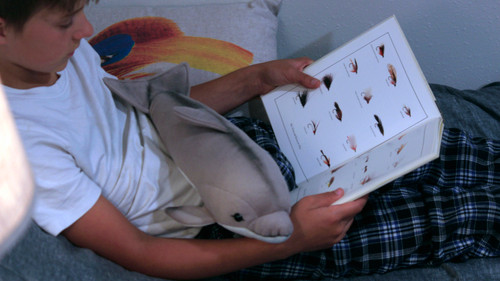