Our highly-realistic plastic Monk seal pup toy makes a terrific model for teaching your children, grandchildren, or students about the wonders of nature, seals, and the world of ocean animals. Our plastic toy Monk seal is made of solid plastic and is quite durable. It fits perfectly into dioramas about seals, the Arctic or aquatic mammals. Be sure to take a look at our other seal toys and gifts or our Marine Animals collection.

Pinnipeds, commonly known as seals, are a widely distributed and diverse clade of carnivorous, fin-footed, semiaquatic marine mammals. They comprise the extant families Odobenidae (whose only living member is the walrus), Otariidae (the eared seals: sea lions and fur seals), and Phocidae (the earless seals, or true seals). There are 33 extant species of pinnipeds, and more than 50 extinct species have been described from fossils. While seals were historically thought to have descended from two ancestral lines, molecular evidence supports them as a monophyletic lineage (descended from one ancestral line). Pinnipeds belong to the order Carnivora and their closest living relatives are bears and musteloids (weasels, raccoons, skunks, and red pandas), having diverged about 50 million years ago. 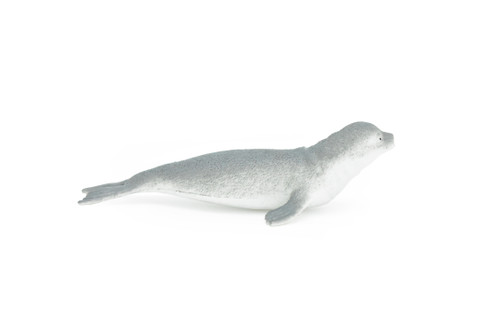